When I was a youngling, I wanted nothing more than to be a Jedi. Sometimes, I wanted to be a wise old Grand Master, like Yoda. Other times, I wanted to be a BAMF like Mace Windu, leading a clone army. Now that I’m older, I still want to be a Jedi, but for very different reasons. No, not so I can move the bar with the force (though that would be pretty bad-ass), but because Jedi allow their emotions to guide them, without ruling them.

That sounds like an odd thing to want, so allow me to explain. This isn’t a blog post on why I want to be a sci-fi monk, but rather a blog post on why I’m learning to understand my own state of mind. Below, is a performance – arousal curve with arbitrary units. As sexual as that sounds, what this curve actually shows is how your power or force production changes as you get hyped up.

At either extreme of arousal, stoner-chill mode or hulk-rage mode, the performance is low, and somewhere in the middle, performance peaks. The exact shape doesn’t matter, and in the general case it isn’t symmetric.

You see a lot of “Lift Angry” type #hashtags around, and there certainly should be a certain amount of anger brought to your lifting, but (if you believe what I’m saying) there is an optimal level of anger: you can be too relaxed, but you can certainly be too hyped up. Think of it like an exam: at one end of the spectrum, you can walk into an exam totally relaxed and sleepy, or you can go into an exam at maximal academic arousal with six cups of coffee, and be too jittery to do a good job. Neither option is going to get your best result, so you need to find some kind of happy medium. Powerlifting is exactly the same. Everyone has approached the bar too relaxed before, and most people have probably approached the bar too aroused before (and might not have even noticed it). To maximise your force production you need to find your space.

Why does this happen? In a hand-wavy kind of way, your performance initially improves with arousal as you are able to focus better, your venous return improves (hence muscular oxygen concentration improves), and there are some hormonal responses (adrenaline, or if you’re American, Adrenaline.) At some point though, the arousal becomes too much. You start to forget cues, maybe you rush things and make a mess. Think about heavy (85%+) deadlifts; if you walk up to the bar completely flat, at best it’ll feel heavy, and worst it won’t even move. On the other end of the spectrum, if you run at the bar yelling and screaming, there is a tendency to lose your set up, and make a mess of the movement. 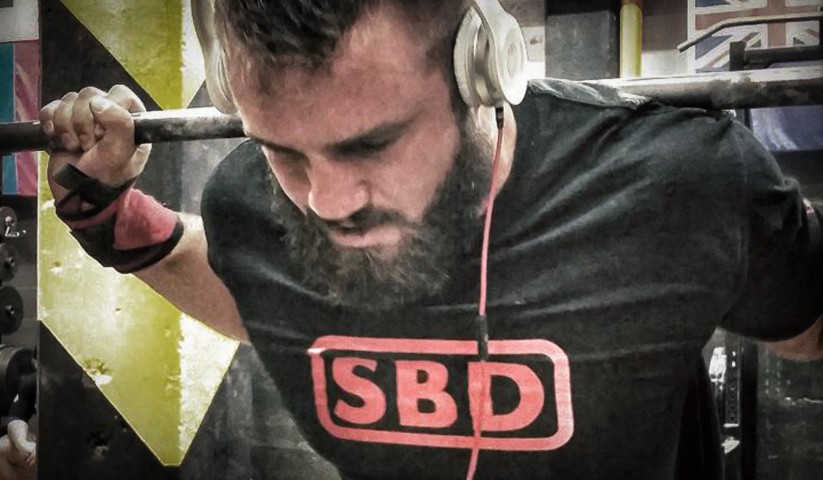 Different tasks, and different people (and, I assume, the same people doing the same task at different periods in their life) have different levels of optimal arousal. Like anything in highly individualised pursuits, you must seek to find what works best for you. Is your peak far to the left, far to the right?

I used to really struggle with this. Sometimes, I would go to the gym to deadlift, and not even be able to break 80% off the floor, while other times it would fly (as it should.) It’s taken me longer than I would like to admit to figure it out, and you’ve probably guessed by now, it was emotional arousal. Since then, I’ve figured out that deadlifts only move well between an 8 and 9.5 RPE on my imaginary arousal scale. That varies based on the task though; if I approach a heavy bench press at a 9.5, I’m probably going to staple myself. I tend to bench best between a 6 and an 8 (squats are somewhere between bench and deadlifts.)

Now that I know where I perform best, there is a second problem. How do you get into and maintain that mindset? It’s really hard to get focused to a 9.5, and there’s no way that I’m going to be able to maintain that for the entire 40 minutes it takes to deadlift in competition.

Honestly, this still feels like a bit of an art to me (I’d like to be able to get it to a science.) Right now,I use music, imagery, and  chemicals (caffeine and ammonia) to help modulate my arousal level in competition and training. Mindfulness exercises have proven useful over the past few weeks simply for being more aware of myself.

Going back to the original thought that sparked this blog post, I still want to be a Jedi. The ability to feel emotions, to lift angry if you will, without  sabotaging ones own performance is more or less the core of being a Jedi Knight, or being a good powerlifter. I’m not either (yet), so I have a lot of work to do.

I hope this wasn’t too nerdy or too philosophical. If there’s any topics you would be interested in discussing, send me an email (twowhitelight@gmail.com) or hit me up on the social media – (IG – @rawrylynch) See you all on the platform soon!