Yesterday I competed in the Auckland Powerlifting Champs at a 93 kg junior. The day didn’t quite go the way I wanted, but I’m not unhappy and I learned a few important things. I decided to use the Auckland Champs as a dry run for Worlds, and a few important points fell out throughout the day for me to learn from, so I definitely walked away feeling like I’d won.

Okay, I was actually pretty unhappy here. I came into squats feeling great – my knee didn’t hurt, my back felt great, and my warm-ups were super smooth. I wanted a win on squats because in my last two three lift meets I ended on 202.5 kg, despite having hit lots of (seemingly) important PRs in the mean time. I’d hit PRs in every rep range coming into this meet too but just couldn’t deliver. I hit 190 kg for an easy opener, jumped to 202.5 kg according to plan, but 202.5 kg wasn’t very good, so opted for a more conservative jump than originally planned up to 207.5 kg. Unfortunately, I ran out of gas about halfway up and had to get carried back into the rack (thanks for the save, Corey.)

I don’t think I’ve ever been as angry about missing a lift as that squat. Having now had some time to think about it, and looking back at the videos I can see a few problems that I’m going to need to address coming into worlds, most notably my apparent complete lack of glute activation in deep hip flexion.

Bench Press was meant to be my lift, and even though I didn’t get the number I wanted (150.5 kg), I think we played the smart game and came out on top. I opened on 140 kg, and had planned to go 145 kg then 150 kg. Unfortunately, the ‘press’ commands were pretty ruthless (though admittedly I was pretty loose on my chest for the 140 kg)  so we opted to take 147.5 kg for my third. I think I was the only lifter in my flight to hit my third, so that stands to me as evidence of smart decision making, and we managed to claw back a lot of the lead that I’d lost from the squats.

I think this also justified my switch into benching in flat shoes (check out those white Adidas Originals?) Normally, I struggle to keep my ass down when reps get hard, but my ass stayed firmly planted and still managed to get some leg drive going. I’m going to stick with the flat shoes going forwards.

I was just 0.5 kg behind the lead coming into deadlifts, so at this point, my handling team went off to play strategy games while I   relaxed and refuelled.

Deadlifts went off more-or-less without a hitch (except the bit where I didn’t lift the weight.) I opened on 240 kg, and jumped straight to 255 kg, and it felt so good – I swear I thought I was good for 265 kg then and there. My handlers ended up submitting 263 kg in an effort to force another lifter into making a mistake, but I missed the lift and ended up placing second.

I didn’t miss my deadlift due to weakness (nor due to grip, which is kind of what it looks like in the video), but because I was out of position and wasn’t going to be able to save it. I used ammonia for that third deadlift, which is normal for me but I suspect is actually a mistake. I think that on the performance-arousal curve that I’ve mentioned before, I nailed it for my second, but took it too far for my third and got sloppy. No more ammonia for me for deadlifting.

I totalled 605 kg at 91.1 kg body weight, for 384.88 Wilks. That was a modest PR, but considering not peaking, the long press commands, and the gamble of a third deadlift, I’m happy with it.

There were a few things that went basically perfectly. My eating was on point; at no point did I feel tired, nor bloated, nor unwell, which was awesome. My handling team are amazing, and it was the first time we’ve all worked together at once and I’m stoked that it came together the way it did.

Three distinct points for improvement fell out too.

Secondly, my earphones were inadequate. Although I’m not one to shy away from conversation and the long-held tradition of shit-talk in the 93 kg class, sometimes it’s important to be able to drone out the background noise. I’ll get some noise cancelling headphones so that when it’s time to get my head in the game, I can create my own little world of concentration when I need to.

Finally, the aforementioned lack of glute activation when squatting. This is slightly harder to fix, but I’m going to do everything I can here. 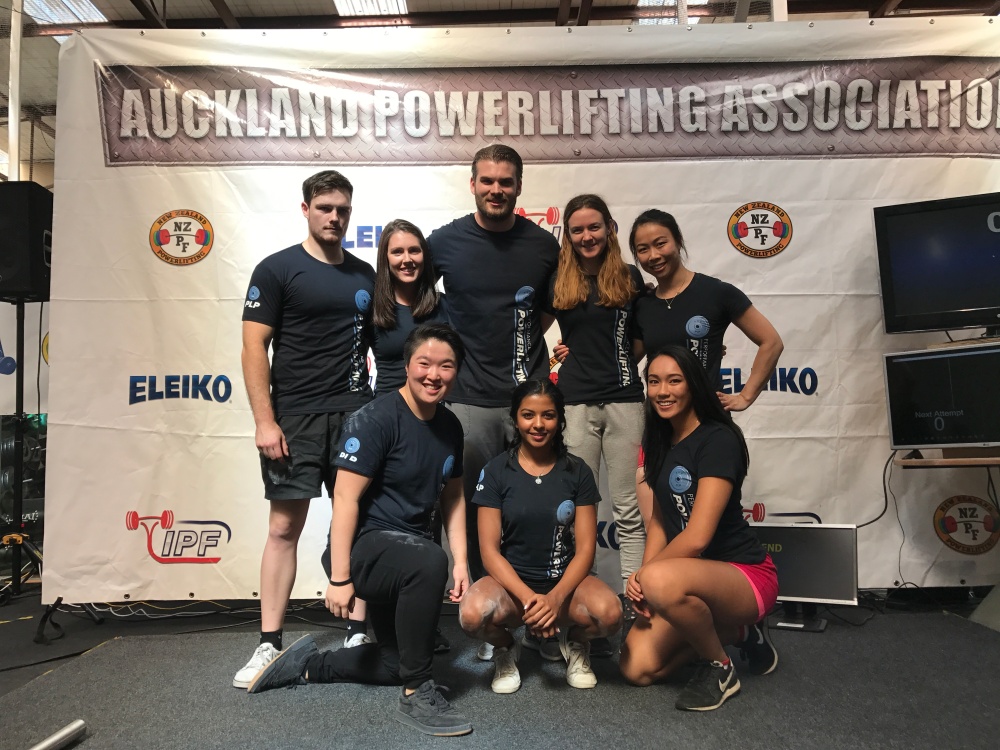 Before I sign off, I want to thank my teammates in Performance Lab Powerlifting. You guys are awesome, and I’m proud of everyone’s performance over the weekend. Angus, Amie, and Carli – you guys did a great job of handling my diva-ass out the back and I don’t think I could have put together the same performance without you. I’m looking forward to competing again with you soon!

That’s my meet report for regionals this year. Remember there’s just 9 days left to buy your Two White Lights tee shirts, so get in quick. Have you competed recently? What did you learn? Share it with me in the comments down below! See you all on the platform soon.

So, I guess that means I’m officially going to the IPF World Classic Powerlifting Championships! What better way to celebrate than to kick something off that I’ve been thinking about for some time now?

Back last year sometime my sister made me a sweet “Two White Lights” tee shirt (and also a #benchmoretobenchmore shirt!), and then at the Oceania Powerlifting Championships in December my entire family showed up wearing them! A few people asked about where we could get them, so I decided to do a limited run.

All orders need to be in by the 18th of April, and production and shipping will take 2 to 3 weeks from then.

To purchase, fill out this form (one form per tee) and I’ll email through Paypal or Direct Deposit details.

Thanks for your support!